When you first go parachuting, having jumped from the plane, you are then floating under canopy, and appear to be slowly drifting toward earth, and you seem to have all of the time in the world suspended in mid-air.  That is up until about the last 50 feet or so, when all of the sudden the ground seems to be coming at you all of the sudden very, very quickly.  And in this hastening situation you swiftly need to take a number of actions all at once to get ready for landing or face injury.  This is perception of hastily approaching ground is commonly referred to as ‘Ground Rush’.

I remember one time having made a static line parachute jump, I was sitting on the landing zone while a number of free-fallers went up to a higher altitude to make a jump.  We then watched as they made their decent.  The problem was, that they were used to jumping over a landing zone at sea level, but the LZ we were at this day was 1000 feet above sea level.  It became apparent that they hadn’t reset their altimeters for ‘ground zero’, and as they were still free-falling suddenly the earth was appearing below them ‘1000 feet sooner’ than they had anticipated.  I watched them hastily deploy their canopies just before they hit the ground, some had fully opened, others had not.  There were serious injuries, but thankfully no-body died.  So the relevance of this story?

I often hear people talk about and acknowledge technology change and disruption, but then in the next breath state that it is not really in the near future.  In the last few days I have seen a few articles and heard commentary that highlights the pace of approaching technology.  The Watson Computer is now 240% better than it was in 2012 when it won jeopardy, the Baxter robot can operate at $4/hour, and four new manufacturers have just entered the electric vehicle production market in China aiming at mass market segments, not the ‘high end’ like Tesla.   And Ford just announced their intent to have fully autonomous vehicles in commercial operation for a ride-hailing or ride-sharing service beginning in 2021. 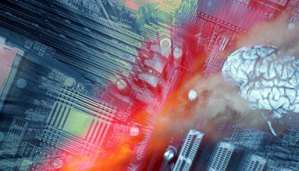 So while technology can appear like it is coming very gradually and the changes and shifts wont be that significant, the reality is that the doubling pattern of technology development means that this pace is ever increasing, but because we are immersed in it, sometimes we cant see it changing around us.  However these indicators just outlined, amongst many others, suggest it is and will increase rapidly.  So we need to be actively considering technology and innovation as part of our strategy.

How can this look as it plays out?  It is a well-known story that when McKinsey & Co were asked by AT&T in the mid-1980s ‘how many cell phones there would be in the USA in the year 2000?’ Their research in reply said 900,000.  This was a linear projection.  The actual figure turned out to be 109,000,000.  How could they get it so wrong? They hadnt predicted the ‘doubling pattern’ of technology that increases capability and lowers in price, making it more powerful and ever more accessible.

So as a business leader if you aren’t paying attention to technology and its ever increasing advancement, you will suddenly get what i call ‘Technology Ground Rush’ as technology seemingly suddenly rapidly advances on you – and it may be too late to re-orientate your business to avert injury.  You may even be disrupted and blind-sided.  Similarly, if you are watching the tech space but have said (as I have heard) “yeah I know it’s coming but that’s 5 or more years away” you may experience the same as having you altimeter ‘ground zero’ set wrong.

It’s a hard game to predict, but a person free-fall parachuting is constantly checking, “horizon, ground, and altitude” so they don’t get caught out.  If you aren’t already, this might be a good habit to get into in the technology space around your business sector or be prepared to face “technology ground rush”.

Greg is a consultant at Advisory.Works